Babette joined Heriot-Watt in 2017. Prior to this she worked as a postdoc at the University of Oxford (NERC research fellowship), and the University of Cambridge. Babette is interested in the relationship between the global biogeochemical cycles (especially oxygen and carbon) and the evolution of the oceans and climate using isotope and trace element proxies.

Babette is a UKRI Future Leaders Fellow and leads the FARGO project. She was awarded a Philip Leverhulme prize in Earth Sciences in 2018. 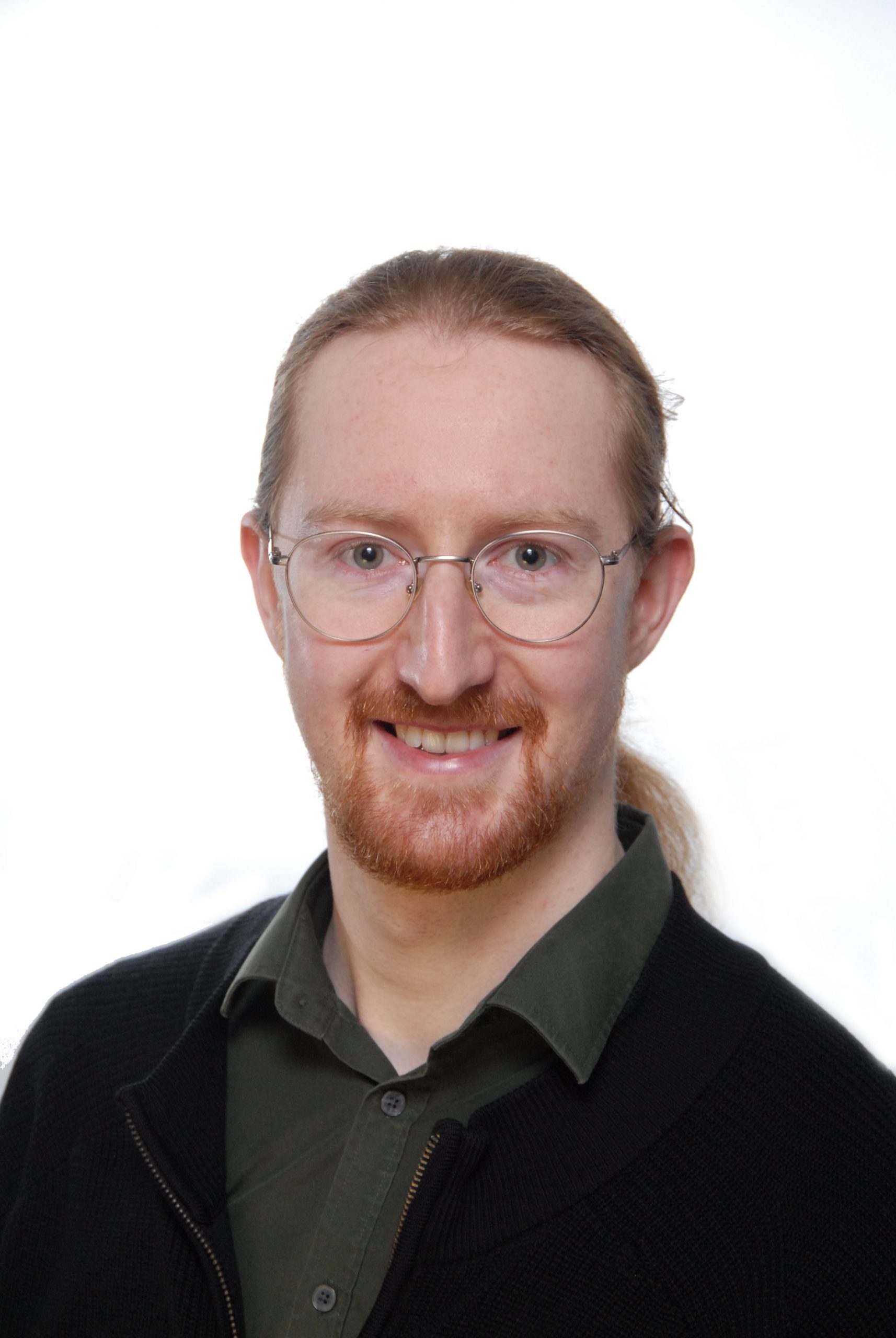 Helge is PhD student at the Lyell Centre in his final year. His research involves improving and applying the I/Ca ratios in foraminifera as a proxy for historic oxygen concentrations. Currently, he is working on samples from the Indian and Pacific Oceans that cover the Holocene and the last Ice Age.
From the start of his academic career in Geosciences, Helge has been fascinated with benthic and planktic foraminifera and their importance in understanding climate events of the past. In particular, his BSc and MSc dissertations focused on Holocene benthic foraminifera assemblages and stable isotopes as proxies for food availability and oxygen concentration. 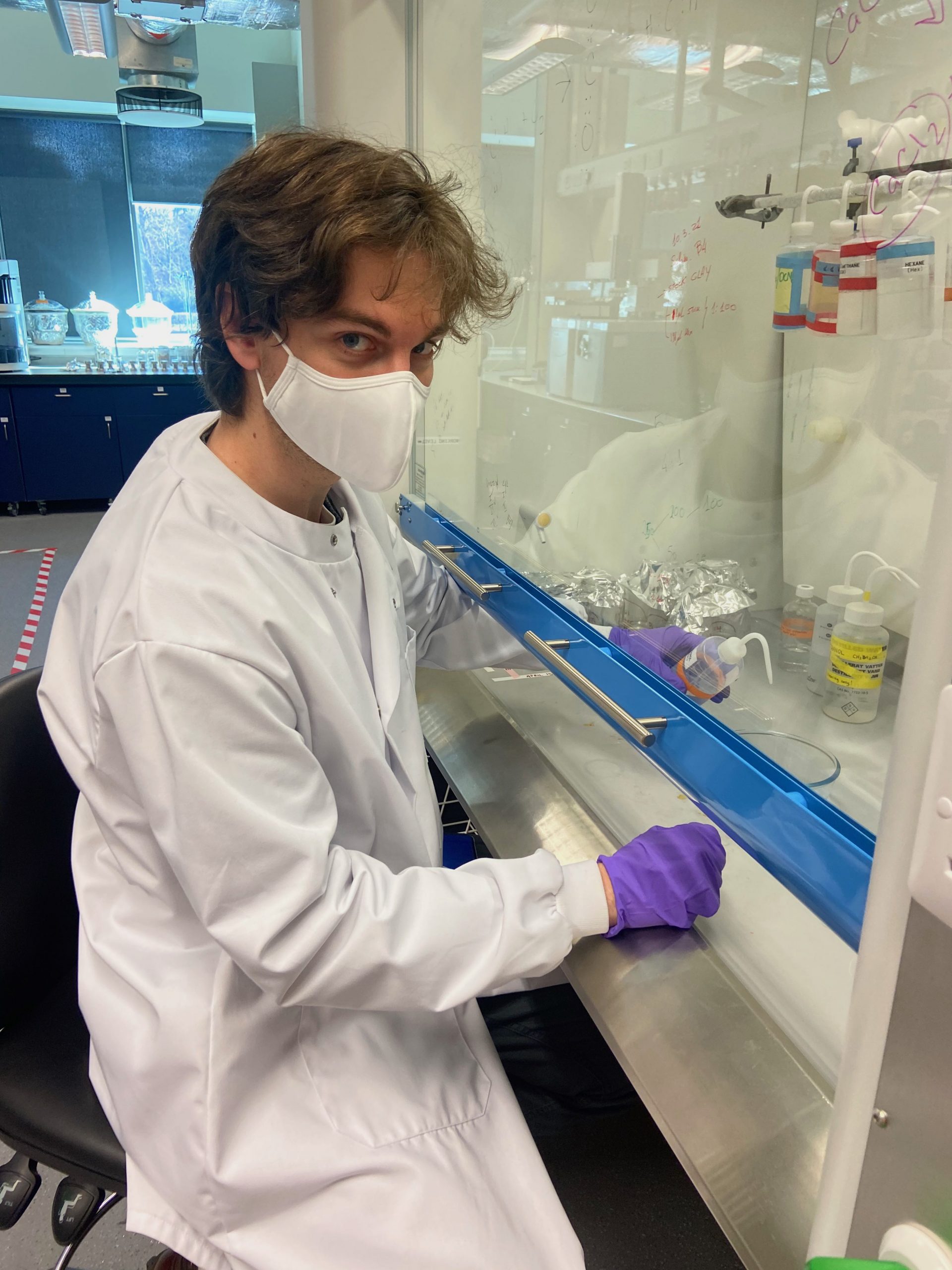 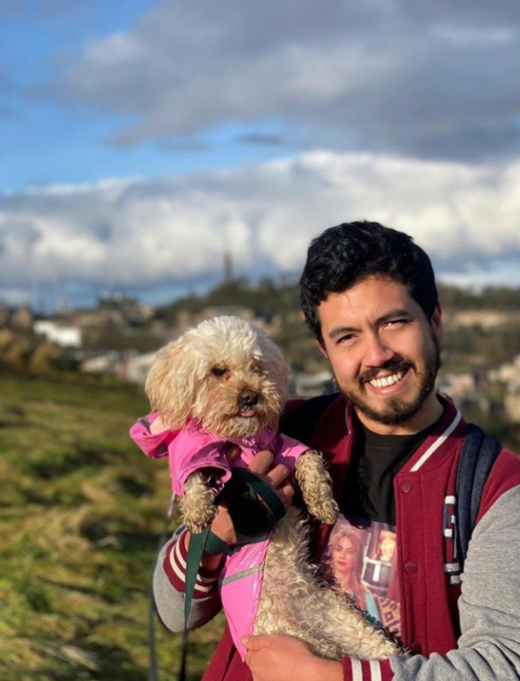 Sebastian is a geologist palaeontologist from Concepción in Chile. He spent some years working on paleontological expeditions in South Chilean Patagonia, looking for fossils of dinosaurs, plants, and microfossils such as foraminifera, ostracods and calcareous nannofossils from the Late Cretaceous.
He has carried out academic teaching activities related to the field of palaeontology, and geological and tectonic history of the Andean Margin of South America. He also works as a freelance paleontological consultant in Chile.
Currently Sebastian as part of his PhD research at the Lyell Centre is studying the changes in the expansion of the Southeast Pacific Oxygen Minimum Zone during the Neogene and Quaternary using benthic foraminifera community ecology and their morphologies.

Vyacheslav joined the Lyell Centre as a post-doctoral Research assistant in Earth system modelling. He is working on the FARGO project. His research interest is climate modelling with the focus on the climate dynamics, paleomonsoon circulation, El Niño variability and marine biogeochemistry. 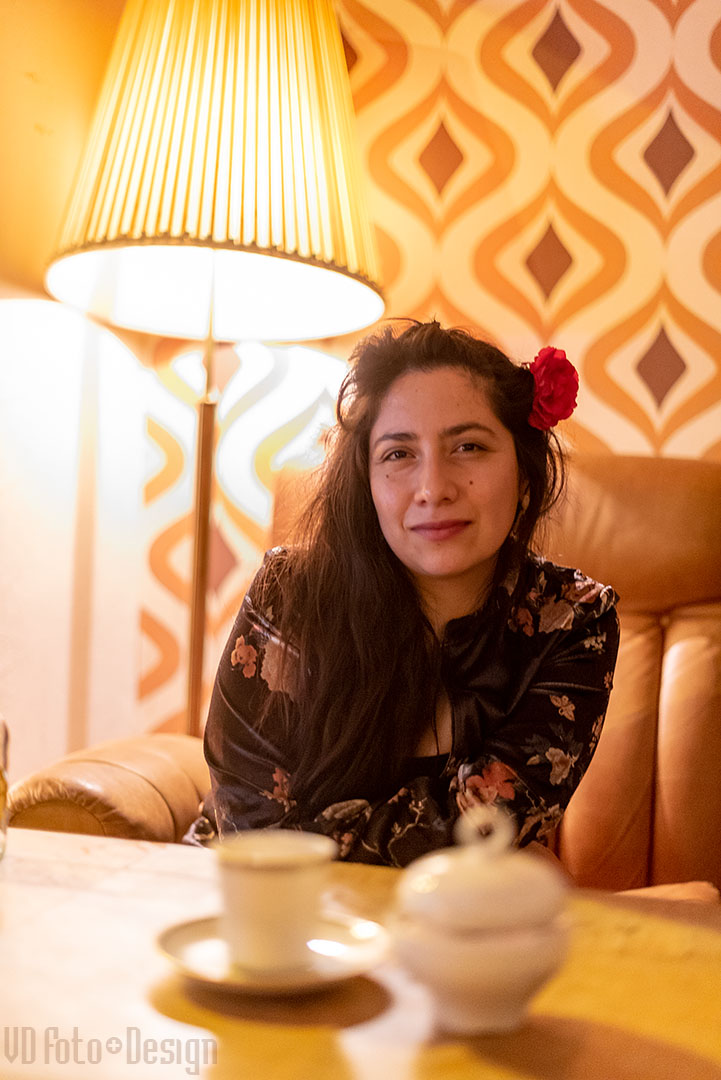 Dharma is PhD researcher at MARUM-Centre for Marine Environmental Sciences and a guest student in the Paleoceanography group of the Lyell Centre.
Her current research focus is based on un­der­standing past chan­ges in the hy­dro­lo­gy of the Equatorial and South-East Pacific. She have been using for this, stable isotopes, radiocarbon and trace elements in bulk, benthic and planktonic foraminifera from marine sediment records that provide insights about water column and bottom water characteristics such as density, ventilation, relative nutrient content, age, and oxygenation.
Since her undergraduate studies she has been actively working in several outreach programs using popular education, art and literature as a strategy to communicate science. Since 2019, she has been doing voluntary work as a communitary scientist building with communities regional knowledge about biogeochemical state of rivers and ocean focusing in trace metals in Chile. 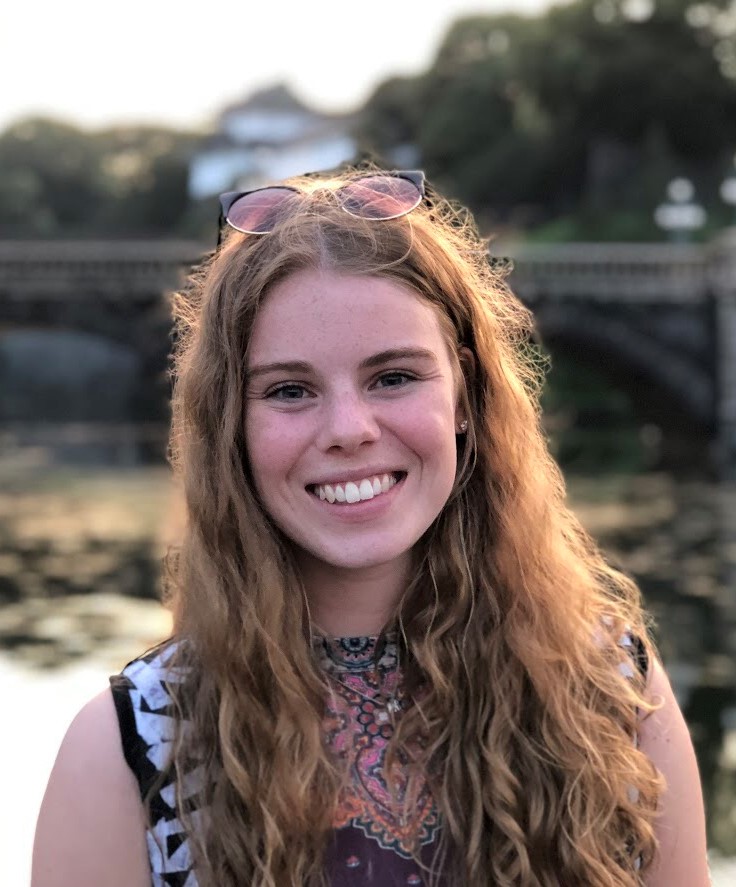 Jennifer was involved in the FARGO project, reconstructing oxygen in the oceans during past warm periods. She now works at Marine Scotland on the COMPASS project (developing long term monitoring to help protect Scotland’s waters and Marine Protected areas.
She is interested in all things oceanography, ranging from past climate reconstructions using foraminifera geochemistry to observation oceanography. Jennifer did her undergraduate degree (Environmental Geoscience) and MScR at the University of Edinburgh. For the latter she investigated past monsoon dynamics in the western Arabian Sea using planktic foraminifera oxygen isotopes and Mg/Ca paleothermometry. 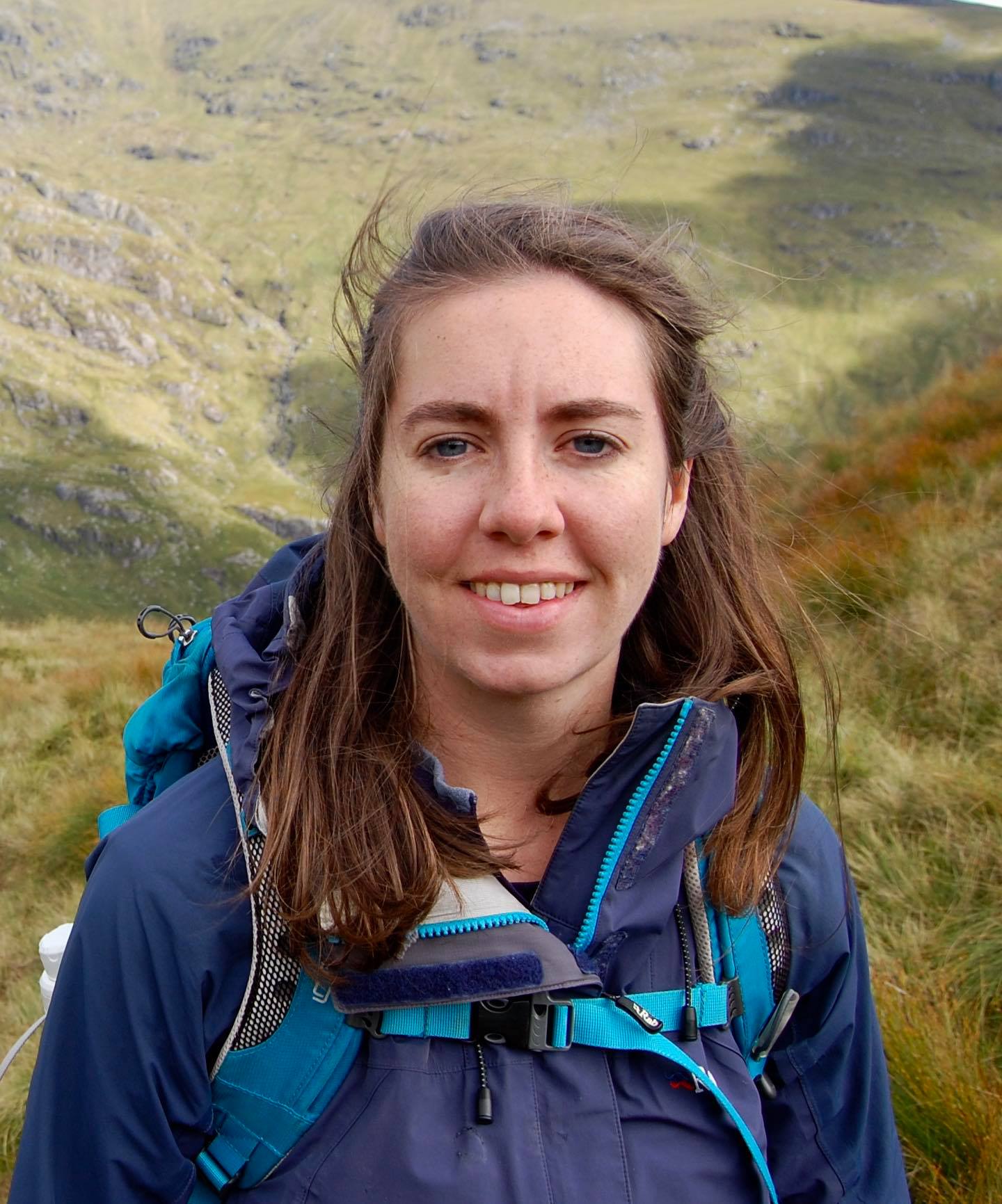 Before joining Heriot-Watt August 2020 to August 2021, Katrina worked as a project officer at the Open University where she also undertook her PhD looking at reconstructing the Late Pleistocene Indian Monsoon.

Katrina is now working at the University of Bergen on her Marie-Skłodowska Curie Post-Doctoral Fellow project.
https://www.uib.no/en/persons/Katrina.Nilsson-kerr

You can find out about Katrina’s research here.

We use cookies on our website to give you the most relevant experience by remembering your preferences and repeat visits. By clicking “Accept All”, you consent to the use of ALL the cookies. However, you may visit "Cookie Settings" to provide a controlled consent.
Cookie SettingsAccept All
Manage consent

This website uses cookies to improve your experience while you navigate through the website. Out of these, the cookies that are categorized as necessary are stored on your browser as they are essential for the working of basic functionalities of the website. We also use third-party cookies that help us analyze and understand how you use this website. These cookies will be stored in your browser only with your consent. You also have the option to opt-out of these cookies. But opting out of some of these cookies may affect your browsing experience.
Necessary Always Enabled
Necessary cookies are absolutely essential for the website to function properly. This category only includes cookies that ensures basic functionalities and security features of the website. These cookies do not store any personal information.
Non-necessary
Any cookies that may not be particularly necessary for the website to function and is used specifically to collect user personal data via analytics, ads, other embedded contents are termed as non-necessary cookies. It is mandatory to procure user consent prior to running these cookies on your website.
SAVE & ACCEPT